Mini Desktop QuickLoadz is an AR app that places a model of a QuickLoadz trailer and a standard shipping container on a surface using your phone or tablet’s camera. The user is given the exact same controls laid out as the real thing. The parts of the trailer all move just how they would in real life, with sound effects to match.

I designed the app’s user interface and managed the small team of software developers implementing it. The development process for the initial version was split into six sprints. I conducted extensive bug testing and feedback to make sure the app represented QuickLoadz’s product as accurately as possible, made sure the team was implementing the requirements to the best of their ability, created the promotional material and published it on the App Store and Play Store.

This project was put on ice but remains available to download for free. 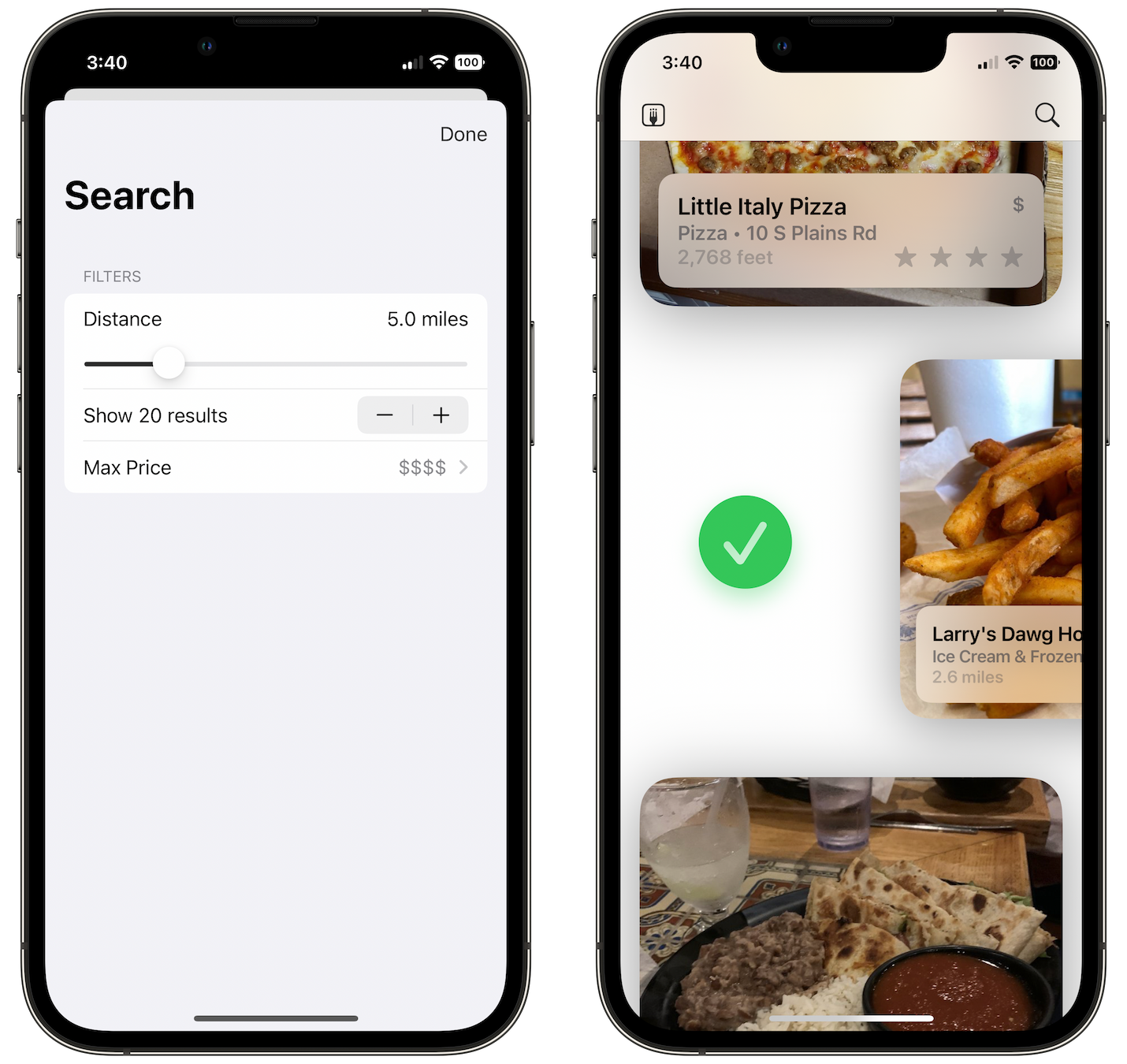 Allike is an app that would have let you swipe right or left on restaurants in your area with your roommate, your partner or a whole group of friends to decide where to eat. After voting, you would see all of the restaurants you unanimously agree on (or, at least, the next best fit).

Allike was developed jointly by myself and Ethan Lipnik, developer of Neptune, Acrylic and more. Allike was created for the SwiftUI Jam in just two days. I architected the user interface, feature set and design; Ethan handled the various APIs we tested and created an asynchronous framework for handling user requests.

Unfortunately, Apple’s native MapKit was insufficient and Yelp’s API was too costly — so the app remains as a concept.